In February of 2014, Mr. Lemesi and Mr. Poe Tar heard that there is a Lisu ancestor village at the bottom of the mountains in the west of Maing Hsu. The village is called Pang Nyaung village. Therefore, in the first week of March, they made the first visit to the village. When they met the villagers, they were cold in relationship and it seemed that even they were suspicious on them. But one thing they noticed was that there were a lot of children in the village and they were just playing in the dust. They were not schooling. Neither there is a public school in the village. Therefore they got an idea that if they can help the children with schooling, the gospel door to them might be opened. Then, in next visit, Mr. Lemesi and his co-workers shared their wish of helping some of their children with schooling with the villagers. So, in that year they brought four children and put them under the care of Timothy and his wife. Thus, Mr. Timothy and his wife, Martha took care of them for one year and the children also passed their final exam. Thus, the relationship with the villagers becomes more open and warm.

Then, in their visit in the first week of March, 2015, they were told by the villagers that there were also another two Lisu ancestor villages on the tops of the mountains. They were named Namp Soon and Namp Par Moe village. Therefore, in the last week of March, Mr. Lemesi and his co-workers made a survey trip to those two villages. They climbed for a whole day to reach those villages on the tops of the mountains. They also experienced the same as they first visited to Pang Nyaung village. The villagers were cold in relationship. But they also found there were also a lot of village children who were not schooling. When they were at there, they also got another idea that if they could teach the villagers the Lisu literature, they would be able to introduce bible teaching later. So, they asked the village heads and villagers whether they were willing to learn the Lisu literature, reading and writing. When they were asked, their faces become brightened and said that as they are Lisu, they would like to learn their own literature. Therefore in next April, Mr. Lemesi and Mr. Timothy went to teach them the Lisu literature, reading and writing. All villagers, the children and adults learned actively for one week. At the last day of the class, the villagers told them that they were free only in Jan and Feb and so, they asked Mr.Lemesi and Timothy to come to teach them for the next time only in Jan or Feb, 2016 for a month. So, Mr. Lemesi and Timothy also agreed with them to come back in Jan, 2016 and continue their teaching.

However, unfortunately, the fighting broke out between Shan rebels and the Burmese armed force in Nov, 2016 and thus, their goal of going back to the villages for teaching was gone. Even, the two Lisu ancestor villages were totally destroyed and the villagers had to run for their lives to the lowland near Maing Hsu. Some fled to Pang Nyaung village and some fled to Mr. Lemesi's house at Maing Hsu. Therefore, for Mr.Lemesi and his co-workers, they had to try just to take care of those refugees, the Lisu ancestor worshipers. However, it is true that God can bring good thing out of bad thing. Through this fighting, Mr. Lemesi and his co-workers got an opportunity to show the love of Christ to those the Lisu ancestor worshipers and thus, the ancestor worshiper have come to have a full trust in them and the door for the gospel has been more opened till today. Through the fighting, their villages were totally destroyed and it was impossible for them to go back to there. Therefore, they all have moved to lowland closer to Maing Hsu and thus, it becomes easier for Mr. Lemesi and his co-workers to reach them. They no more need to climb the mountains but they can go to visit them any time. Praise the Lord for this.

Seeing changes of lives of those 11 children, more parents came to peg Mr. Lemesi and his co-workers for help for their children with schooling. Since the fighting also made the Lisu ancestor worshipers more difficult for their living, Mr. Lemesi and the evangelists had to admit another 10 children for schooling even though they have no sponsors for them yet accepted them but by faith. Therefore, there are totally 21 children whom they are helping for schooling at the present. 14 children are under the care of Mr.Lemesi and his wife and another 7 children are under the care of Mr. Philip and his wife. However, a children was very sickly and he went back home. Therefore, now there are only 20 children.

As we are showing our love to those Lisu ancestor worshipers through helping some of their children with schooling, they become closer to God. So, as a result of this, Mr. Lemesi got 8 converts and was able to given baptism to them. He was also able to organize a house church at Maing Hsu. The rest the ancestor worshipers are now getting interested in the gospel and on every Sunday, many are coming to join worship service at Mr. Lemesi's house church. Thus, there is much possibility that sooner or later all will come to accept Jesus Christ as their own Savior.

There are still many children in the villages who love to go to school. Therefore, the most important need is to have the sponsors for those children. Helping the children has two benefits, one is the same that we are helping those children to become educated and another benefit is it helps open more of the gospel door. So, it is worth to invest. The more we can help the children, the more their parents will be touched with the love of Christ and thus. more gospel door will be opened. 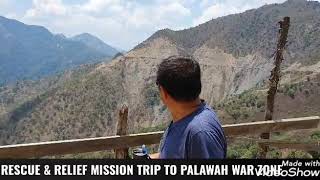 In the Midst of the Coup, a Medical Trip! 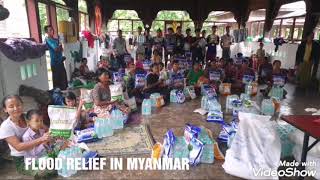 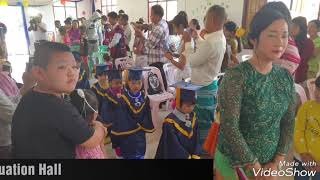 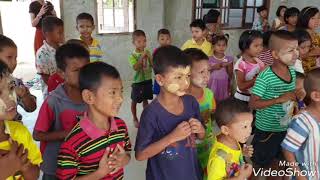 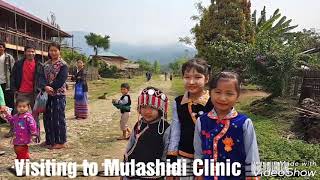